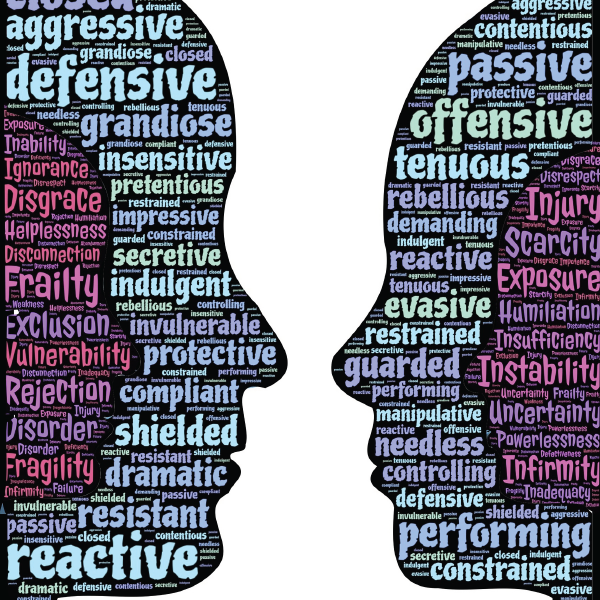 Summary: Cognitive dissonance is the negative feeling that results from conflicting beliefs and behaviors.

Cognitive dissonance refers to the uncomfortable feeling that occurs when there is a conflict between one’s belief and behavior[1]. This unsettling feeling brings about intense motivation to get rid of the inconsistency. An individual experiencing dissonance has three optional courses of action in order to minimize the dissonance: change the behavior, change the belief, or rationalize the behavior. For example, an overweight individual is faced with the health risks associated with his eating habits. In order to minimize the dissonance, the individual could go on a diet (behavior) declare that he believes in enjoying the moment (belief), or find research that show that health risks are actually affected by genetics (rationalization). However, behavior is usually difficult to change, especially since one cannot undue past behaviors. Thus, usually people tend to either change their beliefs or rationalize. The motivation to reduce dissonance may cause irrational or even dangerous behavior. Dissonance can also occur when observing others, when people don’t act as expected.

There are certain circumstances that can cause dissonance to increase, such as the degree of significance of the subject matter, the disparity between the two ideas, and the ability to explain the disparity in any other way. Dissonance is felt most strongly when it concerns one’s own identity. People don’t like feeling unethical, dumb, or cheated. People can go to great lengths in order to reduce dissonance and thus sustain their positive self-image. When experiencing dissonance in decision making, the ramifications of the decision, and the ease which one can go back and undue the decision will affect how much dissonance is experienced.

Festinger and colleagues first tested cognitive dissonance by infiltrating a cult which believed that the world would be destroyed by a flood on a specific date[2]. When the prophecy did not occur, the members of the cult were faced with the unnerving feeling that they had been duped. Festinger observed that the steadfast believers, those who had risked everything for the cult, went to extreme lengths to explain and publicize that the prophecy was real, but that their cult had actually saved the world from the flood.

Following this observation, Festinger and colleagues went out to test this theory in laboratory settings. Participants were asked to perform a boring task, and then asked to do the experimenter a favor, and tell the next participant how interesting the task actually was. Afterwards, the participants were surveyed as to the degree they found the task interesting. Participants who were paid a large sum of money consistently rated the task as boring. However, participants who were paid a minimal fee for participation rated the task as more interesting. The difference between the two groups can be explained by cognitive dissonance. Those who were well paid experienced less dissonance when lying about the task, as they had a good enough reason to do so. However, when the pay was low, participants had to explain to themselves why they had gone through all the trouble. Thus, they changed their belief, and actually convinced themselves that the task was more interesting than it was.

Cognitive dissonance implicates related processes[2]. For example, the experiment above touches on the topic of forced compliance, or being forced to do something you don’t believe in. Once the behavior has been completed, it cannot be changed. Thus, forced compliance is a method that can cause individuals to change their beliefs because of the dissonance that is created. An example of this phenomenon is Nazi Germany, where people were forced to commit atrocities and were then left to rationalize the behavior to themselves.

Cognitive dissonance has implications for decision making[2]. Decisions are difficult to make, especially when choosing between similar and positive alternatives. Thus, after making a decision, people tend to “spread apart the alternatives.” In other words, they explain to themselves how beneficial their decision was by exaggerating the positive aspects of their choice and the negative aspects of the unchosen alternative.

Cognitive dissonance causes a phenomenon called “error justification.” Many times people invest time and energy into something that turned out to be a big mistake. This reality causes great dissonance, and thus motivation to explain what occurred in a different way. Rather than accepting failure, people tend to justify their effort by saying it was fun, it was an important experience, or brush it off altogether by saying they didn’t really try.