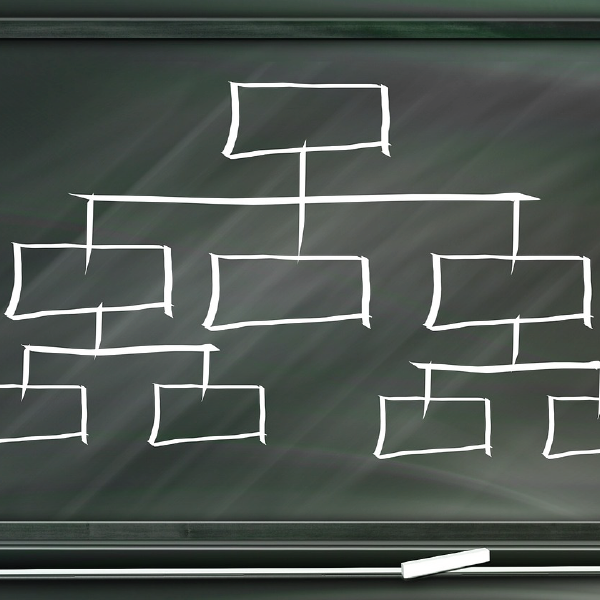 Maslow’s Hierarchy of Needs (often represented as a pyramid with five levels of needs) is a motivational theory in psychology that argues that while people aim to meet basic needs, they seek to meet successively higher needs in the form of a pyramid.

Abraham H. Maslow felt as though conditioning theories did not adequately capture the complexity of human behavior. In a 1943 paper called A Theory of Human Motivation, Maslow presented the idea that human actions are directed toward goal attainment[1]. Any given behavior could satisfy several functions at the same time; for instance, going to a bar could satisfy one’s needs for self-esteem and for social interaction.

Maslow’s Hierarchy of Needs has often been represented in a hierarchical pyramid with five levels. The four levels (lower-order needs) are considered physiological needs, while the top level of the pyramid is considered growth needs. The lower level needs must be satisfied before higher-order needs can influence behavior. The levels are as follows (see pyramid in Figure 1 below). 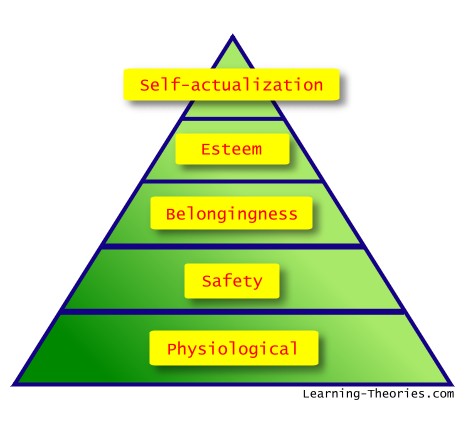 The first four levels are considered deficiency or deprivation needs (“D-needs”) in that their lack of satisfaction causes a deficiency that motivates people to meet these needs. Physiological needs, the lowest level on the hierarchy, include necessities such as air, food, and water. These tend to be satisfied for most people, but they become predominant when unmet. During emergencies, safety needs such as health and security rise to the forefront. Once these two levels are met, belongingness needs, such as obtaining love and intimate relationships or close friendships, become important. The next level, esteem needs, include the need for recognition from others, confidence, achievement, and self-esteem.

The highest level is self-actualization, or the self-fulfillment. Behavior in this case is not driven or motivated by deficiencies but rather one’s desire for personal growth and the need to become all the things that a person is capable of becoming[2][3].

While a useful guide for generally understanding why students behave the way that they do and in determining how learning may be affected by physiological or safety deficiencies, Maslow’s Hierarchy of Needs has its share of criticisms. Some critics have noted vagueness in what is considered a “deficiency”; what is a deficiency for one is not necessarily a deficiency for another. Secondly, there seem to be various exceptions that frequently occur. For example, some people often risk their own safety to rescue others from danger.